Professional CS:GO player ‘Malek’ Bennouioua is joining Hype Energy as a gaming ambassador, he joins Dqvee, Apexshay and Takamura as an ambassador of the premium energy drinks company.

Malek is the most experienced player in the french CS:GO scene, strong social presence and a top level skill set mean he is the perfect fit for the ambassador role. His talent and leadership skills mean he’s been influential in bringing new talent to the scene and helping young players grow and develop.

Strong success in past events, including top 2 at Orleans game show, top 3 at Dreamhack Tours and top 1 at ESL Montepellier, are testament to Malek’s skills and you can expect to see more success from Malek in the future.

Hype Energy will be fuelling the 2018 Raid Atacama 60h

The deserts of Chile play host to the latest Hype Energy sponsored motorsports event, 150 competitors will be testing man and machine in one of the toughest locations in South America on August 30th through to 2nd September.

Raid Atacama has built a reputation as one of the premier off road events in Chile, 2018’s 60h running will be no different as the courses and challenges have been stepped up again to make sure competition will be fierce.

The steep sand dunes and unforgiving terrain are the perfect environment for Raid Atacama, with competitors having to push themselves to the limit in the quest to be crowned Raid Atacama 60h 2018 Champion!

Hype Energy will be fuelling WyndyMilla with its premium energy drinks this year as the F1 sponsor brands work together for the 2018 Red Hook Crit cycling race.

Just like Hype Energy, WyndyMilla is well accustomed to the extremes of Formula 1. This year, they’re taking the precision attitude of the Sahara Force India F1 team to two wheels and will be fuelled by the same premium energy drinks that help the team at Force India find that extra gear.

The race will take place this weekend around the streets of Brooklyn, New York, and Hype Energy will be supporting the girls from start to finish. 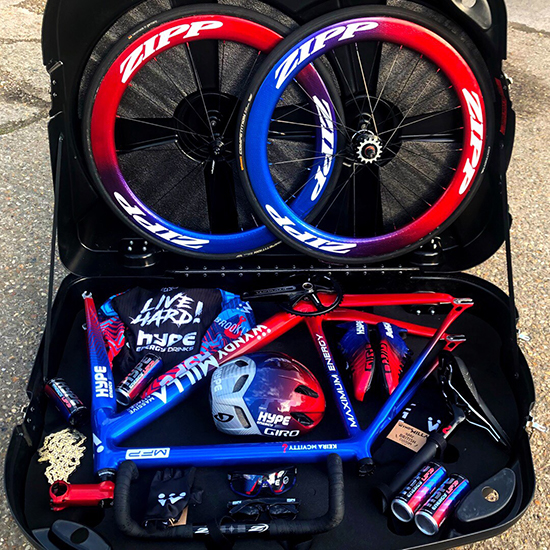 Since 2008, the annual Red Hook Crit (short for criterium) race has proven to be a highlight of the cycling calendar, the races are fast, action packed and technical. Riders compete on the closed course in separate men’s and women’s races, competing against each other and the course in the battle for victory. It’s a high stakes battle where anything less than 100% doesn’t cut it.

WyndyMilla has a team of professional cyclists and will be bringing two of its top riders to New York this year.

They’ll be riding with precision engineered, fixed-wheel bikes with no brakes – because slowing down isn’t part of the plan. Every gear change is crucial, every mile must be conquered and every hill must be scaled. Meet the team who can do just that. 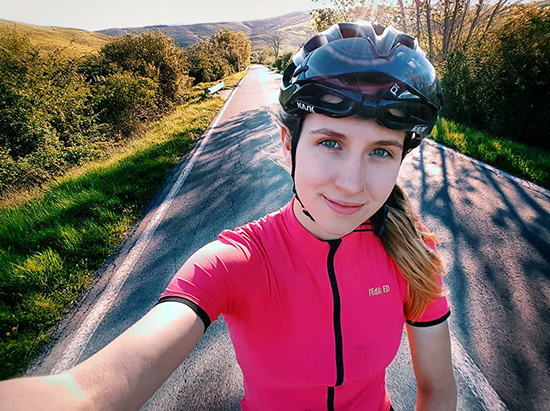 Keira McVitty has been on the up and up as one of the fresh young faces of British Cycling since she first rode for WyndyMilla on the road in 2015. Since then she has become an established rider within the fierce hotbed of creativity and high octane racing that are the Red Hook criteriums.
Keira splits her time between Red Hook and racing with her Belgium road team in top flight UCI road races against the best riders in the world.
When not on the bike Keira is an accomplished vlogger, has her own bicycle centric YouTube channel and is sought after by multiple brands for her modelling skills within the industry.
Above all she is a fierce professional on two wheels. 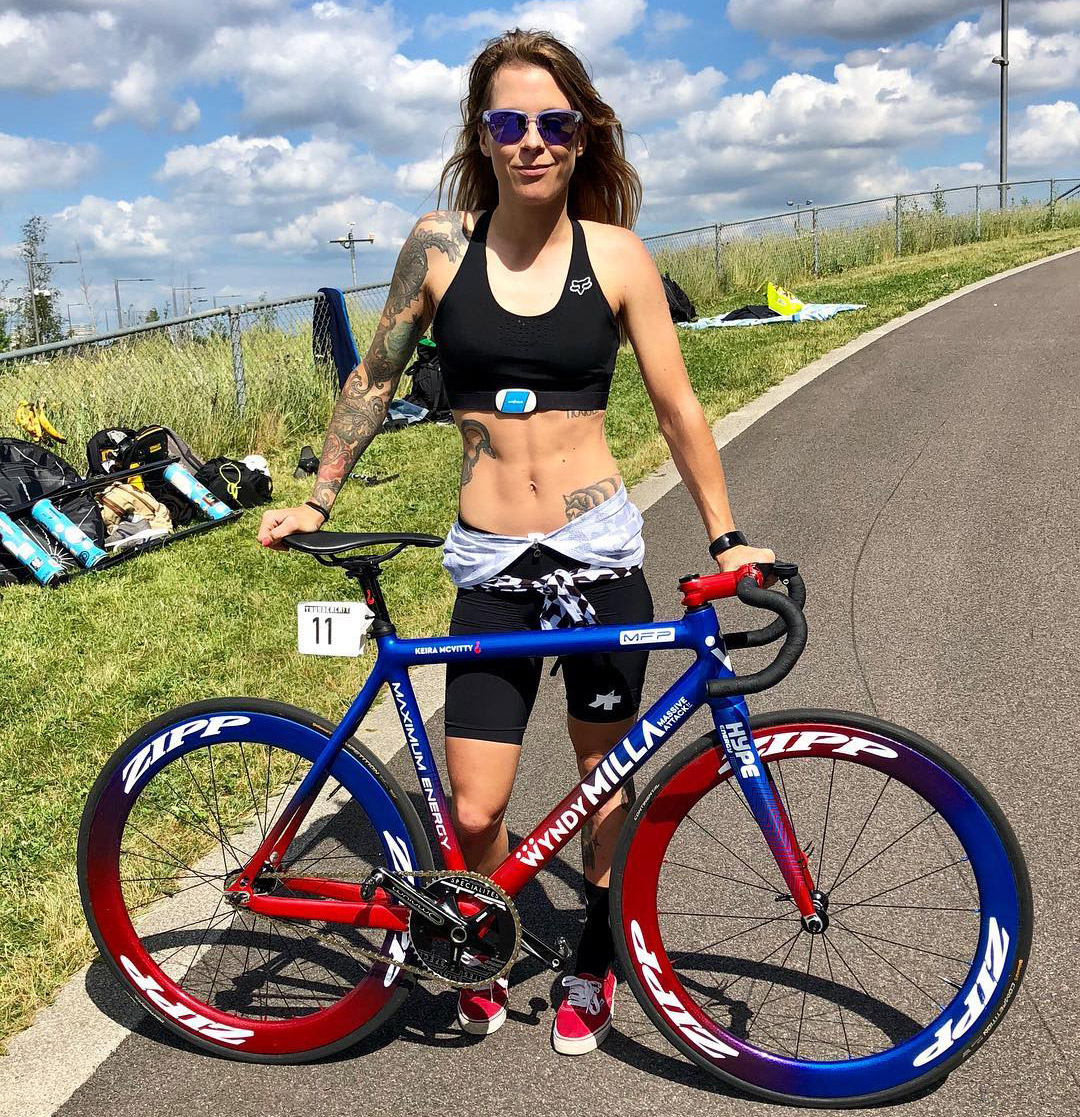 Juliet is a multi-discipline cyclist competing in road, track and mountain bike races and has a particular love of racing International fixed gear criteriums, such as the infamous Red Hook Crit series.

She is a successful YouTuber with content ranging from road cycling, mountain biking, races and sportives, to travel, tips and training videos.

In 2016 Juliet was named one of Bike Biz’s ‘Most Influential Women In Cycling,’ and is a former pro snowboarder and model bagging herself three Vogue Italia covers.

Juliet works closely with British Cycling and is an accredited coach and mountain bike leader having recently joined their women’s mentoring initiative.

Manuel Selman has joined Hype Energy as he pushes for more success in 2018, joining fellow Chilean Nicolas Vargas at the brand.

Manuel, currently based in California, starts 2018 with the aim to progress up the world rankings and take Chilean surfing onto the world stage.

With this latest addition to its line up of surfers, Hype Energy continues to grow and further strengthen its position within surfing.

At just 28 years old, Manuel Selman has managed to make history. A three-time Latin American champion and currently sitting at 71st in World Surf League Qualifying Series rankings. Besides competing and belonging to Team Chile of the Chilean Surf Federation, Manuel combines his time surfing with kite surfing, standing out with his effortless style and technique.
Selman’s sporting achievements don’t stop there:

From the international travelling circus of Formula One to the Rolex 24 Hours of Daytona in the hot and beautiful South East coast of the United States, Hype Energy has a busy calendar for 2018. The 56th Rolex 24 to take place at Daytona, we’ll give you a run down of what to expect this weekend, and what you need to know.

Taking place in Daytona, Florida, the world famous endurance race kicks off this Saturday, 27th and Hype Energy will be following the Performance Tech Motorsport Team throughout the whole weekend.

Watching or attending the 24 Hours of Daytona? Let us know on social media at twitter.com/hypeenergy!

The Daytona International Speedway opened on the 5th April, 1959 almost 60 years ago, and has remained a centre piece of the motorsports world ever since. Its iconic three corner oval allows cars to reach speeds well in excess of 200 MPH, and over the years has hosted countless races across multiple motorsport series. The drivers enjoy the high speed, sweeping corners of the famous oval which is followed by the tricky and technical central part of the track. It’s 24 hours of being on the limit, of pure concentration, all fulled by adrenaline. Or Hype Energy, in the case of the team at Performance Tech Motorsport.

To find out more about the Daytona International Speedway, head to the official Daytona website.

2018 looks to be a strong one for the Florida based team, the addition of Joel Miller and a ‘home’ race for the team means their Rolex 24 hour campaign should be equally as successful as their previous entries. Entering for a fifth time in 2018 they will be looking to emulate their 2017 win.

The Rolex 24 at Daytona always hosts big names and well known faces from around the world, but this year there’s something a little extra special. Double F1 World Champion Fernando Alonso has taken leave from his McLaren simulator to find his magic formula in another motorsport, where he’ll be driving for UK team United Autosports.
His presence at the event has shined an even brighter spotlight on the race, as the international F1 community looks toward Daytona to witness one of the best drivers of his generation fight through 24 brutal hours of the Daytona International Speedway.

The Rolex 24 Need To Know

If you’re not near a TV or don’t have access to Fox, you can listen to the entire race coverage for free at IMSA here: imsa.com/how-watch/imsa-radio.