This weekend the FIFA fandom focuses on Barcelona as the FUT Champions Cup kicks off on the southern coast of Europe. With EA introducing a “brand-new tournament format”, we’re walking out of the tunnel onto unfamiliar grounds for Epsilon eSports’ first FIFA 18 Global Series tournament of 2018.

This qualifying event in Barcelona sets us up for the FIFA eWorld Cup taking place in June, and the top 8 finishers from Barcelona will qualify automatically for a place in the Global Series finals.

After successfully qualifying for the CWL league in New Orleans, the team turns to Epsilon Fully, or Akima “Fully” Byron, to bring the fight to the best FIFA 18 players in the world. With a $22,000 USD prize up for grabs and automatic qualification for the FIFA 18 Global Series playoffs in June, 2018.

Spearheading Epsilon Esports’ FIFA chances in Barcelona this weekend is Akima Byron, better known as Epsilon Fully. From the UK, Fully has built a reputation across Europe for his calm and composed demeanour, seeing him through intense matches and delivering results in high-pressure situations that have pushed his name to the top of the list.

What does it take to become a profesional eSports player? Take a look the video below before the Barcelona FUT Cup, as he looks to get his hands on $22,000 and take home the prestigious FUT Champions Cup.

Getting to Barcelona was no easy feat. Qualification for this event started back in November 2017, when EA Sports’ FIFA 18 was released and the November Weekend League took place. The Barcelona FUT Championship begins with group stages, progressing onto the knockout stages and the grand finale worth $22,000 for whoever comes out on top.

The group stages will involve each player playing up to 7 matches against different players. Each match has two games, with the aggregate score across both games deciding a winner (if there is a draw, it will continue into extra time and then onto a penalty shootout until a winner is decided). Winning 4 matches automatically progresses you to the next stage, whereas losing 4 drops you out of the competition. This leaves 32 remaining per platform.

It’s during the knockout stages where the 32 become 1 for each console, via a single elimination bracket (like the FIFA World Cup). The field will play each other until just 16 are left, then 8, 4, 2 and eventually one remaining for each console. The two remaining players will then face each other in the grand final, playing one game per console to decide the winner of the FUT Champions Cup Barcelona and taking home 22,000 hard earned Dollars.

For those who just miss out on the top spot, the top 8 players to finish for each platform will automatically secure a place in the Global Series playoffs this Summer in June.

Discover how we’re bringing the Hype to Esports here. 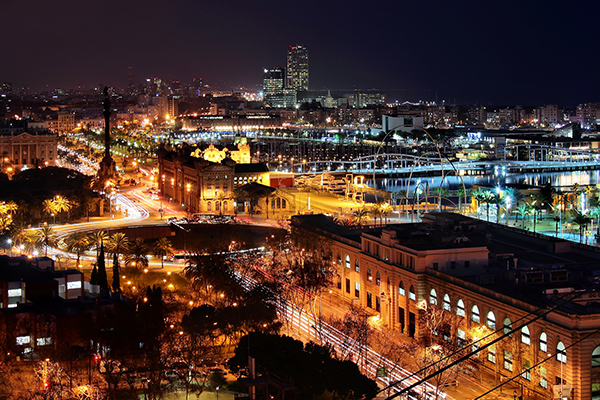 Check out our Top 5 places to eat at and see in Barcelona.

Barcelona is one of the biggest, richest and most populated cities in Spain and sits in the country’s North East. Enjoying the warmth of the Mediterranean coast, it’s a tourist hotspot for good reason: weather, beaches, food, culture – Barcelona has it all. Take a look at our quick guide to make the most out of your stay this esports weekend.

Where to Find Parking 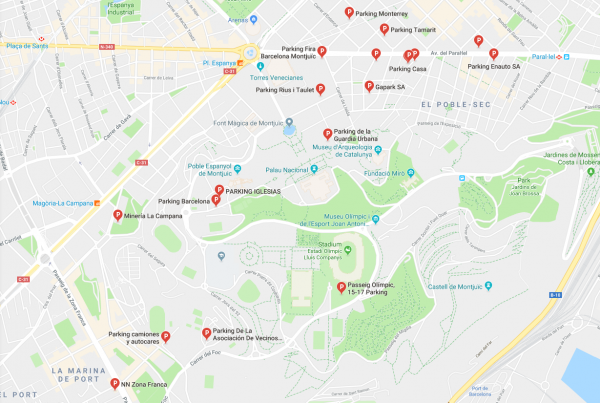 Find all local parking lots available near the event here.

To find out schedules and event start times, check out the official EA Sports page here.

To watch the event live stream on Twitch, click here.